35. Jane, looking at Tarzan, is running at top speed (5.6
m/s) and grabs a vine hanging vertically from a tall tree in the jungle.
How high can she swing upward?  Does the length of the vine (or rope)
affect your answer?

Tarzan wasn’t a ladies man he’d just come along and
scoop ’em up under his arm like that, quick as a cat in the jungle.
Jane, on the other hand, is a real lady, so let’s set this up.
This is a classic Conservation of energy problem:

Before: Jane running along the level ground with a
velocity of 5.6 m/s. She has kinetic energy, but nothing else.

After: Jane having swung up to some height h, and
momentarily at rest. Here she has potential energy, and nothing else.

Assuming the vine is longer than 1.6 m, the length does not matter, the longer
the vine, the smaller the angle she swings through to reach a particular
height.(Table of contents)

37. A sled is initially given a shove up a frictionless
25.0 ° incline.  It reaches a maximum vertical height 1.35 m  higher
than where it started.  What was its initial speed?

Before: The sled moving along the ground before it
has gained any height.  It has kinetic energy and nothing else

After: The sled having slid up the plane and come to
a rest  It has potential energy and nothing else.

After: The Rollercoaster is at the bottom of the
hill.  It has kinetic energy, but no potential, as we have
decided that the elevation at B is Zero.

After: The Rollercoaster is at Point C.  It has
both kinetic energy and potential energy.  (It is at height 25 m)

After: The Rollercoaster is at Point D.  It has
both kinetic energy and potential energy.  (It is at height 12 m)

Since we just want to know the speed, (and not the angle) we
don’t need to solve the projectile motion stuff we can look at it upon its
launch, and at the moment of impact with the ground.

Before: The projectile is at the top of the 265 m
tall cliff, and moving at 185 m/s.  It has both potential and
kinetic.

After: The projectile is just striking the
ground.  It has no potential, only kinetic

42. A 60-kg bungee jumper jumps from a bridge.  She
is tied to a 12-m-long bungee cord and falls a total of 31 m.  (a)
Calculate the spring constant k  of the bungee cord.  (b)
Calculate the maximum acceleration experienced by the jumper.

When they reach the end of the Bungee cord, and begin to
stretch it, they have fallen 12 meters, and then they stretch it an additional
distance of 19 m.  (31 – 12 = 19) When they come to a halt, we know that
the total change in potential energy  (Due to the change in height equal
to 31 m) has been stored in the spring.

Before: The jumper is on the bridge and has
potential energy and nothing else

After: The Bungee jumper has come to rest
stretching the cord distance s, and having fallen a total distance (s
+ 12m)  They have elastic potential and nothing else.

43. A vertical spring (ignore its mass), whose spring
constant is 900 N/m, is attached to a table and is compressed 0.150 m.  (a)
What speed can it give to a 0.300-kg ball when released?  (b) How
high above its original position (spring compressed) will the ball fly?

This has two parts, a) is from the lowest position, to the
ball just leaving the spring.  (which occurs .150 m above the initial
position)

Before: The ball is on the spring, at rest and at
the lowest position.  It has elastic potential energy, but
nothing else.

After: The ball is just leaving the spring which
is fully extended.  It has potential and kinetic energy and
nothing else.

Part b) is from the lowest position to the ball up in the air, having risen
some height h into the air.

Before: The ball is on the spring, at rest and at
the lowest position.  It has elastic potential energy, but
nothing else.

After: The ball at its highest point, having risen
some distance “h” into the air.  It has gravitational potential
and nothing else.

44. A small mass m slides without friction along
the looped apparatus shown in Fig. 6-39.  If the object is to remain on the
track, even at the top of the circle (whose radius is r), from what
minimum height h must it be released?

Before: The mass is at the top of the ramp at
rest.  It has gravitational potential energy, but nothing else.

After: The mass is at the top of the loop.
It has both kinetic and potential energy, but nothing else.

46. An engineer is designing a spring to be placed at
the bottom of an elevator shaft.  If the elevator cable should happen to
break at a height of h above the top of the spring, calculate the value
that the spring constant k should have so that passengers undergo an
acceleration of no more than 5.0 g when brought to rest.  Let M
be the total mass of the elevator and passengers.

Now if this upward force is from a spring compressed some distance s, the
maximum upward acceleration comes just as the spring is compressed to its
maximum distance.  then F = ks = 6Mg, so s = 6Mg/k

But what is the compression of the spring?  well, using energy, the
elevator starts at the top some distance h from the spring, and undergoes a
total change in height equal to h + s, so we have gravitational potential
energy turning into elastic potential of the spring:
Mg(h+s) =
1/2ks2

67. How fast must a cyclist climb a 6.0 ° hill to
maintain a power output of 0.25 hp?  Neglect work done by friction and
assume the mass of cyclist plus bicycle is 70 kg.

First off, they need to change the name of the ski
area.  Squaw is not a polite reference to a woman.  It is a slang
reference to female genitalia.  (a good translation into English slang
starts with “c” and rhymes with “runt”)  I found this
out in a most embarrassing way when I was a teacher at an Indian school.

75. A .20 kg pinecone falls from a branch 18 m above the
ground.  (a) With what speed would it hit the ground if air resistance
could be neglected? (b) If it actually hits the ground with a speed of 10.0 m/s,
what was the average force of air friction exerted on it?

(b) This is a little more subtle.

Fossil fuels and renewable energy – BBC Bitesize – Geothermal energy – volcanic activity can be used for heating water and the steam produced can be used to An oil rig pumps oil from the ground. Oil is also a fossil fuel which we use to fuel vehicles and machines. Wind farms are located on high ground or out at sea, where the wind is strongest.[2] These batteries can be more expensive to purchase but generate less waste as they can be used several times. Battery Capacity. The University of Colorado has graciously allowed us to use the following Phet simulation. This simulation explores how batteries work in an electric circuita battery is a form of current electricity. How batteries work. A battery has liquid or paste in it that helps it produce electric charges . Most machines in your house have safety features to protect you. It something goes wrong, a special wire leads the electricity to the ground where nothing can happen.

Battery – Energy Education – B)How much energy, in joules, is this battery capable of supplying? C)How high off the ground could a 75 kg person be raised using the energy from this battery?Solar energy is one of the most promising energy sources in present times, but it also has some Moreover, some of the materials used in photovoltaic systems are toxic. So, it can indirectly affect The initial cost of solar installation and usage is very high because the person has to pay for the…In this video my wife Brooke and I build a very simple, very affordable cabin. With a simple single pitch roof and only 2 windows. While I was filming this… 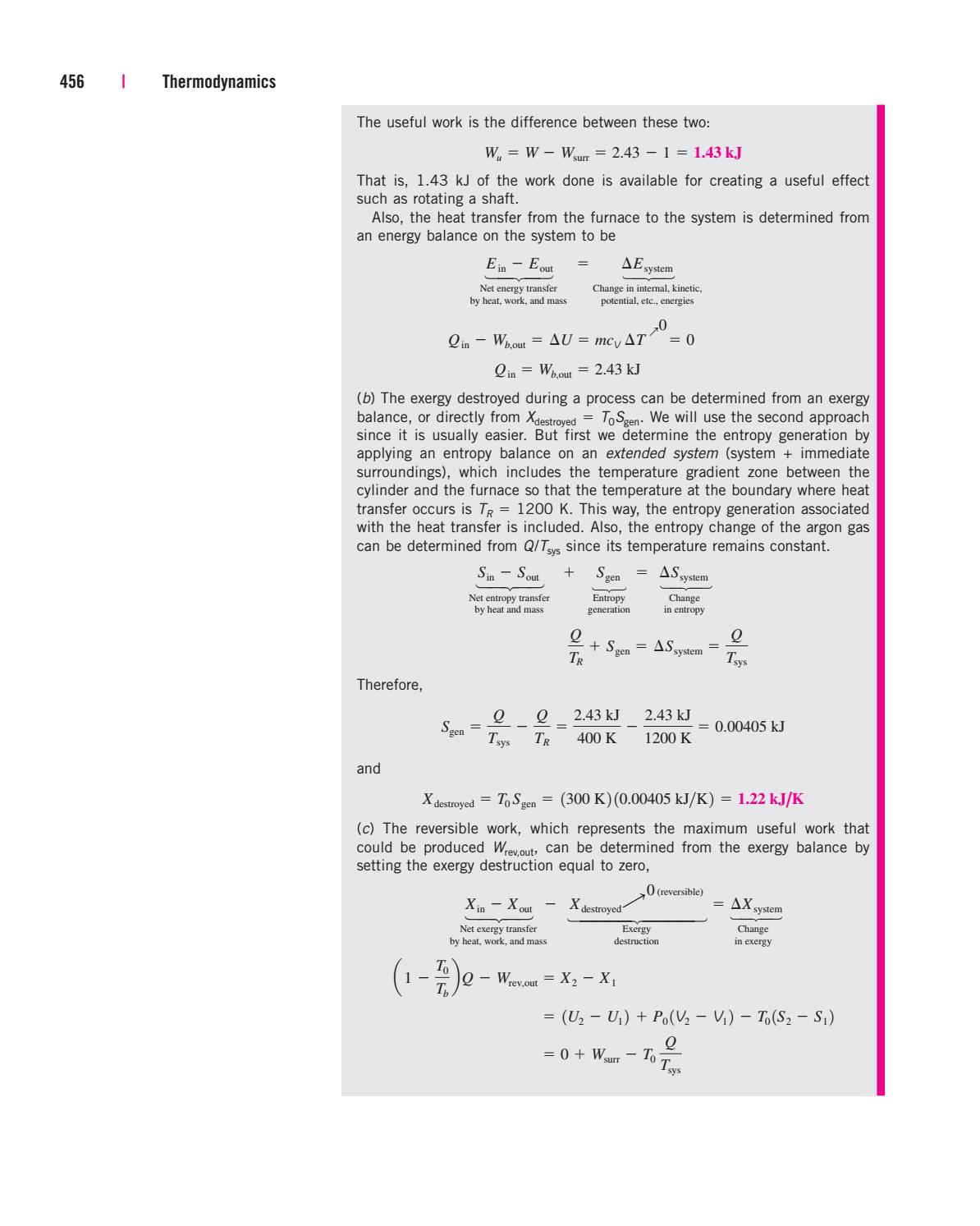 Electricity | Electric Currents and Circuits | How Electricity is Produed… – Renewable energy is from sources that can be replenished easily while non-renewable energy For example, boiling water has thermal energy in the form of kinetic energy from its vibrating particles. The force pulling the person down to the ground or into the pool of water is gravitational energy.By using sand it can be purified, powdered then ground with salt and magnesium before being heated to remove oxygen resulting in pure silicon. The result is a battery that can operate at super capacitor levels to completely charge or discharge in just seven minutes – making it ideal for cars.Use energy methods and ignore air resistance. The principle is known as "terminal velocity", the maximum rate a falling object CAN fall in a gravity environment. The rate of fall isn't determined by wind resistance, it's determined by force of gravity (how large the mass is the object is falling toward) times…