Current efforts by some state legislatures and other groups to amend the U.S. Constitution have brought forth questions about the process for doing so. The Founding Fathers, in crafting the Constitution, believed it should not be easy to amend the nation’s founding document and principles.

Authority to Amend the U.S. Constitution

Congress may submit a proposed constitutional amendment to the states, if the proposed amendment language is approved by a two-thirds vote of both houses.
Congress must call a convention for proposing amendments upon application of the legislatures of two-thirds of the states (i.e., 34 of 50 states).
Amendments proposed by Congress or convention become valid only when ratified by the legislatures of, or conventions in, three-fourths of the states (i.e., 38 of 50 states).

To date, Congress has submitted 33 amendment proposals to the states, 27 of which were ratified. The 27th Amendment, which prevents members of Congress from granting themselves pay raises during a current session, was ratified in 1992—202 years after it was first submitted to the states.

The following steps must be completed for an amendment proposed by Congress to be added to the United States Constitution.\

Step 1. Passage by Congress. Proposed amendment language must be approved by a two-thirds vote of both houses.

Step 2. Notification of the states. The national archivist sends notification and materials to the governor of each state.

Step 3. Ratification by three-fourths of the states. Ratification of the amendment language adopted by Congress is an up-or-down vote in each legislative chamber. A state legislature cannot change the language. If it does, its ratification is invalid. A governor’s signature on the ratification bill or resolution is not necessary.

Step 4. Tracking state actions. Proposed amendments must be ratified by three-fourths of the states in order to take effect. Congress may set a time limit for state action. The official count is kept by Office of the Federal Register at the National Archives. Legislatures must return specific materials to show proof of ratification.

Step 5. Announcement. When the requisite number of states ratify a proposed amendment, the archivist of the United States proclaims it as a new amendment to the U.S. Constitution. Actual certification is published immediately in the Federal Register and eventually in the United States Statutes-at-Large.

State legislatures often call upon Congress to propose constitutional amendments. While these calls may bring some political pressure to bear, Congress is under no constitutional obligation to respond. The U.S. Constitution does not contain a provision requiring Congress to submit a proposed amendment upon request by some requisite number of states.

In addition to constitutional amendments proposed by Congress, states have the option of petitioning Congress to call a constitutional convention. Legislatures in two-thirds of states must agree, however. While the convention process has yet to be triggered, efforts to do so are not new. In fact, they may be “as old as the republic.” Unofficial sources report convention applications being filed as early as 1789.

Interest in a U.S. constitutional convention has peaked and waned several times over the decades. In the early 1900s, direct election of senators was a hot topic. In the 1940s and 1950s, federal taxing power was the focus of many applications. Two issues came close to triggering conventions during the 1960s to 1990s—apportionment and a balanced federal budget.

The current wave of interest began around 2010. Its focus is not a single issue nor is it being driven by one organization. Various groups are pushing their viewpoints—be they conservative, liberal, populist or progressive—and are urging action. On the one hand, legislation calls for a convention on a broad array of topics, such as limiting authority of the federal government, balanced federal budget, campaign finance reform, congressional term limits or federal debt. On the other hand, some legislation proposes to rescind previous calls for a convention.

It is difficult to predict whether current efforts will lead to a constitutional convention. And since an Article V convention has never been held, questions are being raised about when and how this may happen:

U.S. Constitution | Interpreting the Fourteenth Amendment – The new Constitution established the basic institutions of the national government and granted various powers Those African Americans were denied citizenship based on the principle of jus sanguinis Fourteenth Amendment. The Union victory in the U.S. Civil War, preceded by President Abraham…Authority to Amend the U.S. Constitution. Article V of the United States Constitution outlines basic procedures for constitutional amendment. Congress may submit a proposed constitutional amendment to the states, if the proposed amendment language is approved by a two-thirds vote of…The U.S. Constitution. Representatives and direct Taxes shall be apportioned among the several States which may be included within this Union, according to their respective Numbers, which shall be determined by adding to the whole Number of free Persons, including those bound to Service for a… 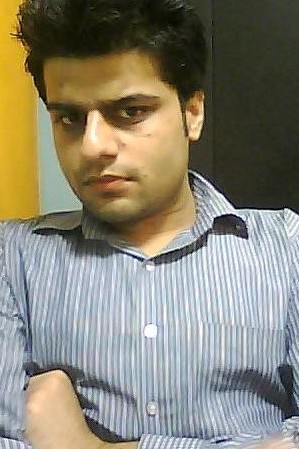 The Constitution – Full Text | The National Constitution Center – Constitutional amendments are necessary to undermine that. I suspect C is thrown in to make the choices more difficult. Federalism gives a federal government authority over state government. The confederation the US was before today's constitution was ratified was a democratic union with little…The Constitution of the United States provides two methods for making amendments. Only one has ever been used. This has never happened and its unclear exactly how such a constitutional convention would operate. In either case, the amendments to the U.S. Constitution only become…The Amendment Process To The U.S. Constitution Reflects The Principle Of. a. popular sovereignty because it requires a national direct vote by citizens b. checks and balances because the House proposes and the Senate ratifies c. republicanism because the people elect representatives to… 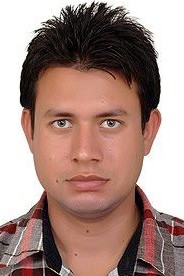 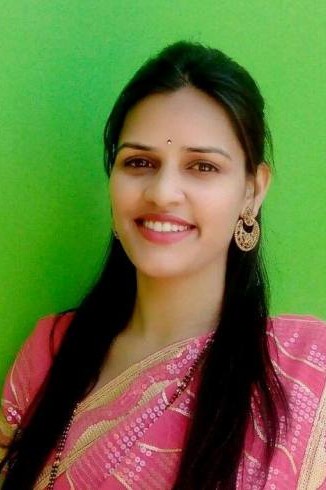 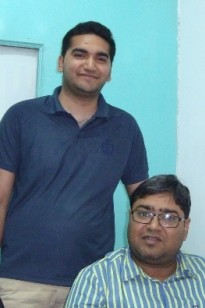 Why We're Losing Liberty – 美国宪法的制定者们
How did the framers of the Constitution of the United States 是如何设法保护自由和防止暴政的？
seek to preserve liberty and prevent tyranny? 非常基本的问题
Pretty basic question.
以下是我通常从我的学生那得到的答案
Here's the answer I usually get from my students. 「嗯 教授 为了保护个人和少数人免受多数人的暴政
"Well, Professor, to protect the individual and minorities against the tyranny of the majority, 他们添加了权利法案
they added the Bill of Rights; 他们还给了最高法院权力以强制实施这些权利」
and they gave the power to enforce those rights to the Supreme Court." 我的学生答对了吗？
Are my students correct? 纽约时报或华盛顿邮报的编辑部
The editorial boards of the New York Times or the Washington Post 还有许多美国国会成员会说没错
and many members of the U.S. Congress would say yes. 遗憾的是 这个答案是错的
Unfortunately, the answer is wrong. 我说「遗憾」是因为它反映了对宪法的一个普遍误解
I say "unfortunately" because it reflects a common misunderstanding of the Constitution. 而这一误解导致了一个对我们自由的严重侵蚀
And that misunderstanding has led to a serious erosion of our freedom. 让我来解释
Let me explain. 权利法案
Both the Bill of Rights 和司法复核——法院可以决定一条法律是否符合宪法的想法
and judicial review — the idea that the courts can decide if a law is Constitutional or not — 在 1789 年宪法起草时受到激励辩论
were hotly debated items when the Constitution was being drafted in 1789. 联邦党 由亚历山大·汉密尔顿带领的团体
The Federalists, the group led by Alexander Hamilton 想要一份国家宪法
that wanted a national constitution, 反对加入权利法案
opposed including a Bill of Rights. 他们担心这可能会破坏
They feared it would actually undermine 联邦党人视为文件中防止暴政的主要保护的
what the Federalists regarded as the main protections against tyranny in the document 国家政府自身的局限
the limited nature of the national government itself. 宪法没有设想一个拥有普遍管辖权的国家政府
The Constitution did not envision a national government of general jurisdiction 即政府可以想做什么就做什么
meaning a government that could do whatever it wanted 而是 一个权力是被列举和授予的政府
but rather, a government of enumerated and delegated powers 只在美国人生活的特定领域中拥有职权的政府
a government that had authority over only specific areas of American life. 其他所有权力都超出了国家政府的范畴
All other powers were to be beyond the scope of the national government 并由各州或美国人民保留
and reserved to the States or to the American people themselves. 这就是为什么 当政治需要迫使
That's why, when political necessity forced 联邦党人对加入权利法案让步
the Federalists to yield to demands for a Bill of Rights, 他们小心加入两条重要的修正案——第九和第十条
they took care to add two important amendments — the ninth and tenth: 「本宪法对某些权利的列举
"The enumeration in the Constitution, of certain rights, 不得被解释为否定或忽视由人民保留的其他权利」
shall not be construed to deny or disparage others retained by the people," 还有
and 「本宪法未授予联邦 也未禁止各州行使的权力
"The powers not delegated to the United States by the Constitution, nor prohibited by it to the States, 保留给各州行使 或保留给人民行使」
are reserved to the States respectively, or to the people." 这些修正案加强了国家政府不可得到
These amendments reinforced the idea that the national government couldn't just assume powers 宪法并未专门授予的权力的思想
it had not been specifically granted by the Constitution. 遗憾的是 这些修正案没有阻止国家机构的扩张
Unfortunately, these amendments have not stymied the expansion of the national authority. 联邦党人们所担心的权力攉取
The power grab the Federalists feared 国家政府越来越多控制越来越多美国人的生活领域
the national government taking more and more control over more and more areas of American life 发生了
took place. 不是立刻 而是久而久之
Not immediately, but over time, 特别是开始于 20 世纪下半叶
and especially beginning in the second half of the 20th century. 同一时期 类似的权力集中也出现在司法部门
That same time frame has seen a similar concentration of power in the judiciary, 特别是在最高法院
especially in the Supreme Court 所以如今
so that now, 多数美国人认为最高法院是
most Americans think of the Supreme Court as 几乎所有社会和政治纠纷的最终仲裁
the ultimate arbiter of almost every social and political dispute. 建国者们从未把最高法院设想为这一角色
The Founders never envisioned the court in this role. 最高法院这一角色做得怎么样？
How has the Court fared in playing it? 好吧 诚然 它有过辉煌的时刻
Well, there have been moments of glory, to be sure, 例如 1950 年代的种族去隔离案布朗诉教育局
such as in the racial de-segregation case of Brown v. Board of Education in the 1950s 但它同样宣布了一个又一个决定
But it has also handed down decision after decision 从 1850 年代的德雷德诉桑福德案
from Dred Scott v. Sandford in the 1850s, 促进了奴隶制的扩张
which facilitated the expansion of slavery, 到 1970 年代的罗诉韦德案
to Roe v. Wade in the 1970s, 使得全美堕胎合法化
which legalized abortion throughout the United States 在这些决定中 法官们明显逾越了
in which the justices have plainly overstepped 他们职权的边界 在席上创造了法律
the bounds of their authority by creating law from the bench, 因此进一步扩大了他们和国家政府的权力
thereby further expanding their own power and that of the national government. 此外 最高法院鲜有阻止国家政府行政
Moreover, the Supreme Court has done little to stop the executive 和立法分支的违宪越权
and legislative branches of the national government from unconstitutionally overreaching. 最近 最高法院找到了一个方法 以勉强多数票
Recently, the Court found a way, by a bare majority, 支持国家政府一次明显的宪法越权
to uphold an obvious case of constitutional overreach by the national government 强制实施一条法律
the imposition of a law 或众所周知的 个人强制参保
or individual mandate, as it is known 要求所有公民购买
requiring every citizen to purchase 奥巴马总统亲自签署的「平价医疗法案」中的健康保险
health insurance coverage as part of President Obama's signature "Affordable Care Act." 政府辩解这项措施
The government defended this mandate 是其被明确授予的管制州际贸易的权力的合法行使
as a legitimate exercise of its expressly delegated power to regulate commerce among the states. 问题在于
The trouble is 这项措施根本就不是管制贸易
that the mandate does not regulate commerce at all; 而是 它强迫人们购买 否则就处以罚款
rather, it forces people into commerce on pain of a financial penalty. 但究竟为什么这个议题会被搬到最高法院？
But why did the issue get to the courts at all? 国会和总统应该了解并尊重事实上
Congress and the president should have recognized and honored the fact 宪法根本没有授权国家政府
the Constitution simply does not empower the national government 推行强制措施让人们购买产品
to impose a mandate on the people to purchase products, 无论是健康保险或其他任何东西
whether health insurance or anything else. 我们已严重偏离建国者们的最初构想
We've drifted a long way from the original vision of the Founders. 我们偏离得越远
The further we've drifted, 国家政府的权力就变得越大
the more powerful the national government has grown, 美国人就会越不自由
and the less free Americans have become. 自由可以被夺走
Freedom can be taken away, 但它同样可以被让出
but it can also be given away 出于全然的无知
out of sheer ignorance 如果我们美国人 我们人民
If we Americans, we the people, 想要拾回其中某些自由
want to get some of that freedom back, 我们需要去读美国的建国文件
we need to read America's founding documents. 我们想要的所有自由都在那里
All the freedom we ever wanted is there. 我是罗伯特·乔治 普林斯顿大学法学教授
I'm Robert George, Professor of Jurisprudence at Princeton University 为 PragerU 制作
for Prager University. .